About the Lewiston Roundup Association

The Lewiston Roundup is a proud member of the Professional Rodeo Cowboys Association (PRCA) and the Big 4 Rodeo Association. As part of the Columbia River Circuit, the Lewiston Roundup has brought high-quality and unsurpassed energy in rodeo entertainment to North-Central Idaho for 86 years. It's more than just riding and roping; the Lewiston Roundup is host for a variety of other events all year long. In keeping with the generous spirit of the cowboy way, the Roundup donates a large portion of event proceeds to charitable organizations throughout the year. 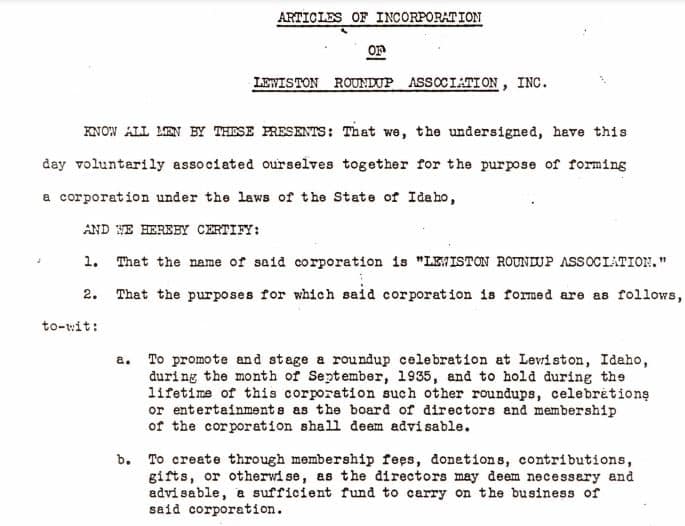 As a consequence of the advent of slack water at Lewiston, following construction of dams on the Snake River, the Board of Directors of the Lewiston Roundup Association made the decision in 1981 to research possible locations to which the Lewiston Roundup could be relocated. An area of land was found in Tammany that was owned by the Orville Konen family.

After a certain amount of negotiation, the Board of Directors of the LRA purchased 80 acres from the Konen family. For the fiscal year 11/1/81 to 10/31/82, Bill Skelton had been elected as president of the LRA. After researching plans for a new facility, Don Bott was selected as architect for the project. Skelton and Bott, along with facilities committee chair Bill McCann, Jr., oversaw most of the excavation and construction of the land and buildings.

Concurrent with the move to the new grounds, the Board of Directors had made the decision to make it a year around facility of indoor & outdoor arenas, RV park, horse barn and Ketch Pen, not only to be for the Roundup rodeo, but also for equestrian riding memberships and events as well as motorized events, all of which were to be available for community use. To assist community members in utilizing the grounds, in January 1982 Robert Pennick was chosen as facilities manager, Shirley Gustin was selected as facilities secretary and Bill Basaraba was selected to continue as facilities groundskeeper.

The 1982 Roundup was the first Lewiston Roundup at the Tammany facility. The theme that year was “All New In ‘82”. Since then, the LRA has continued to make improvements to the grounds to fulfill its mission, the purposes of which were originally stated in the August 19, 1935 Articles of Incorporation but a statement of which was more formally adopted January 29, 1992:

LEWISTON ROUNDUP ASSOCIATION
Mission Statement
January 29, 1992
The Lewiston Roundup Association is operated as a 501(C)(3) not for profit organization, dedicated to hosting a nationally recognized PRCA Rodeo and to the development and maintenance of multi-purpose, year-round facilities available for community use.

At the August 5, 1935 meeting it was stated, “There is enthusiasm to hold a rodeo that will be a credit to the city”. That enthusiasm has continued throughout the years and continues today.

The Genesis of the Lewiston Roundup

The names on the Articles of Incorporation were those of Art Grover, Bob Wright, Ray Walthall, Mrs. Fred C. Erb and E.V. Lorenz.  However, one can see from the minutes that discussion of “the advisability of holding a Rodeo this fall” started at the Aug. 3, 1035 meeting of the Northwest Fair and Recreation Company, the Board of which had quite a few other members. A meeting was held August 5, 1935, by the newly formed Rodeo Committee, which had even more participants. At the August 15, 1935 meeting the official name of the Lewiston Roundup Association was adopted. At the August 17, 1935 meeting the Articles of Incorporation were formally approved and ordered filed, the filing of which occurred August 19, 1935.

The people involved in the genesis of the Lewiston Roundup Association were very intelligent and had a lot of foresight when they stated in the Articles of Incorporation “That the purposes for which said corporation is formed are as follows, to wit: 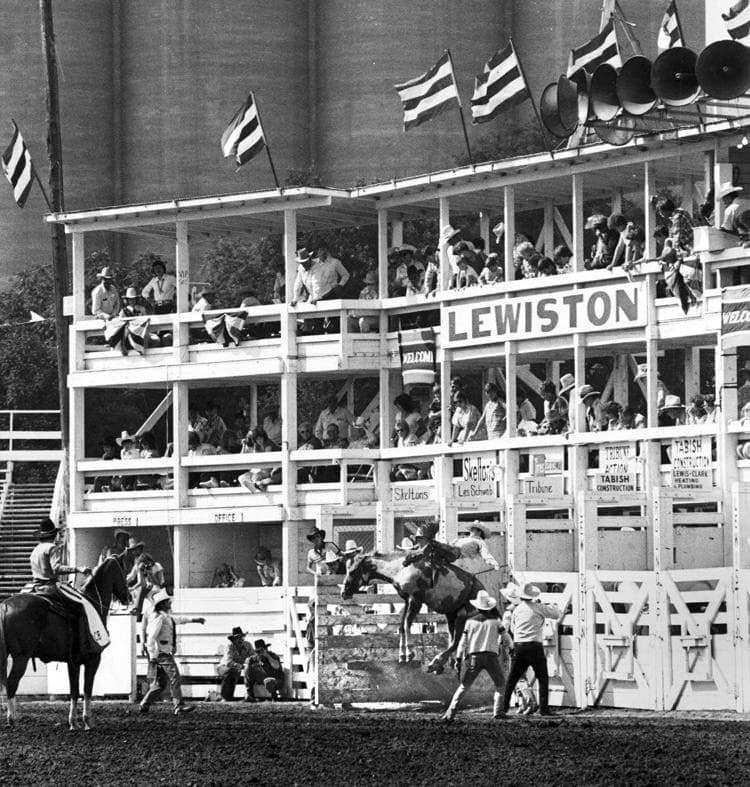 In 1935, the Lewiston Roundup Association, Inc. was chartered with the mission statement: “To promote and stage a roundup celebration at Lewiston, Idaho during the month of September …. such as other roundups, celebrations, or entertainments as the board of directors…. shall deem advisable.”

As a 501(C)3 that mission still holds true and our efforts to support our community remain strong.  In an effort to fulfill any financial transparency requests, please find the last three filed 990 Tax Returns located below.

These forms are also available on non-profit transparency tracking company web pages like www.CharityNavigator.org or in person at the Lewiston Roundup office by appointment.