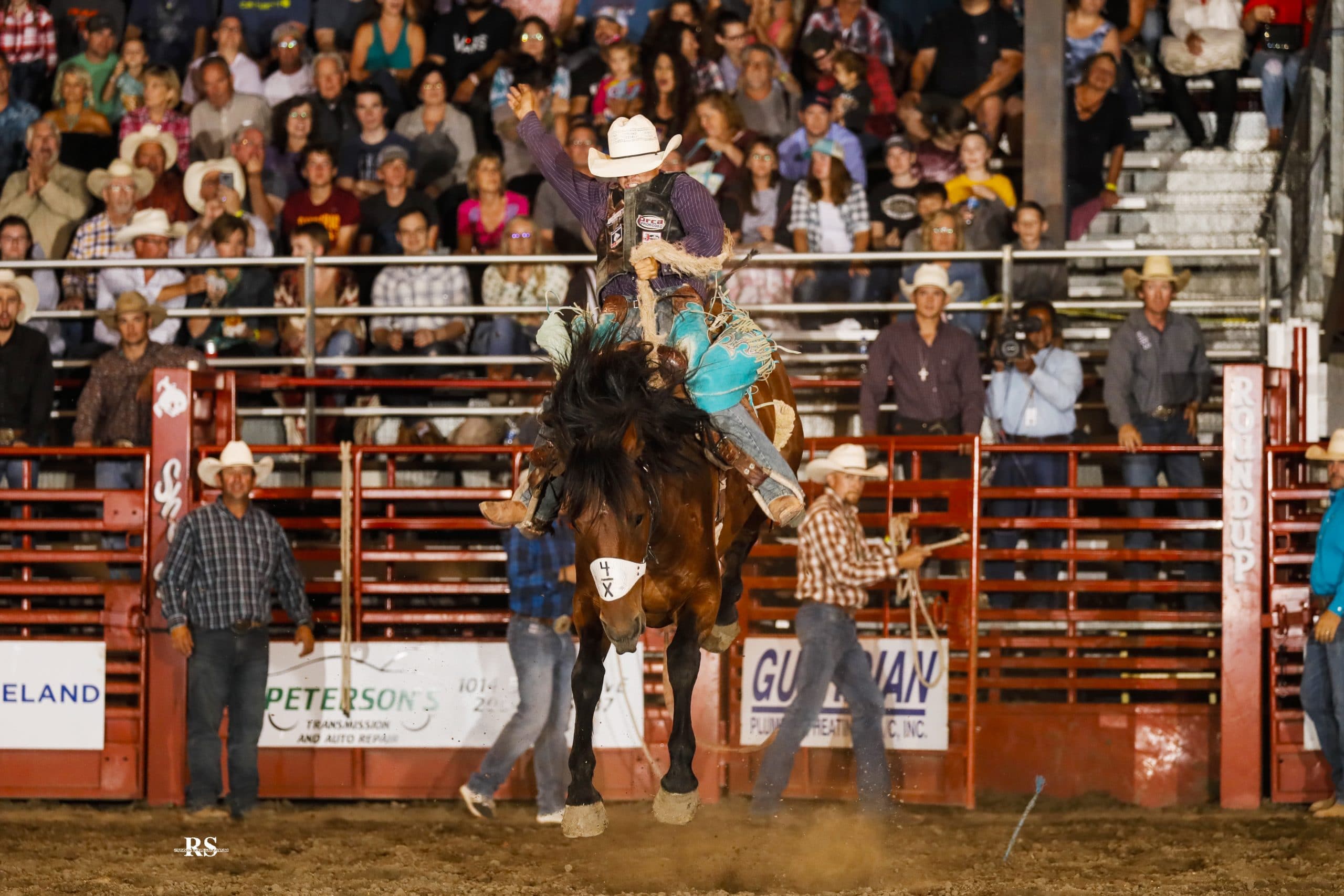 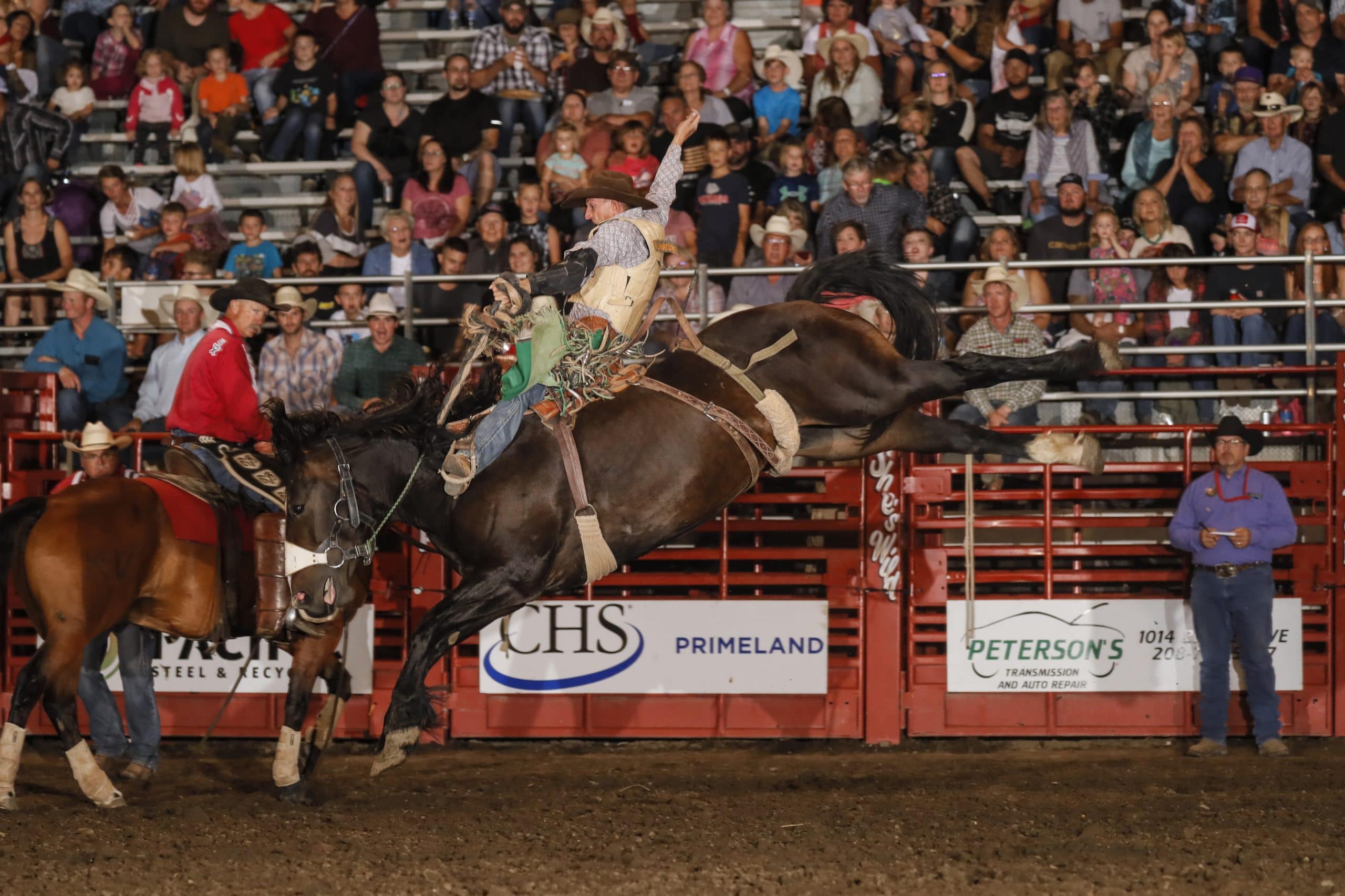 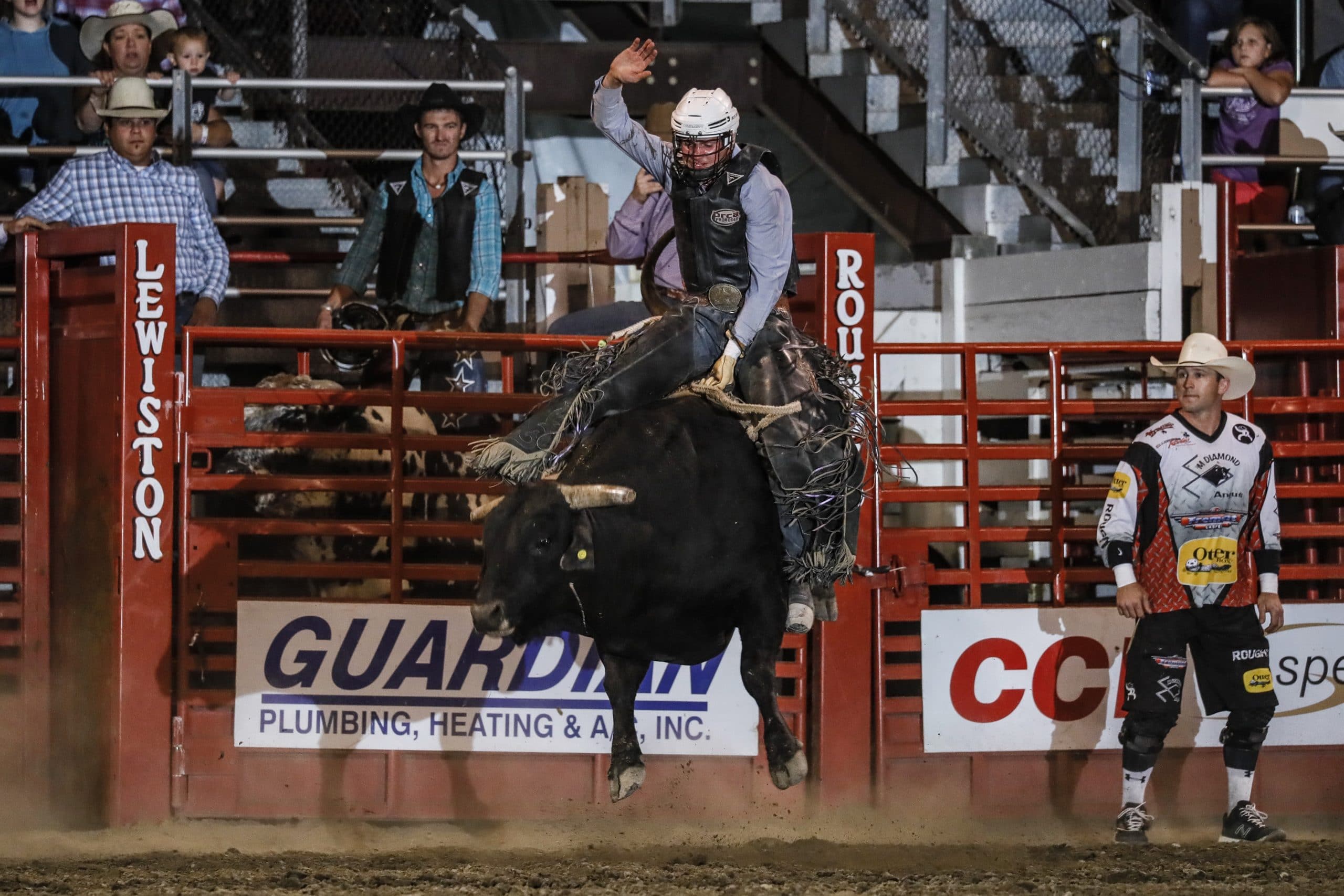 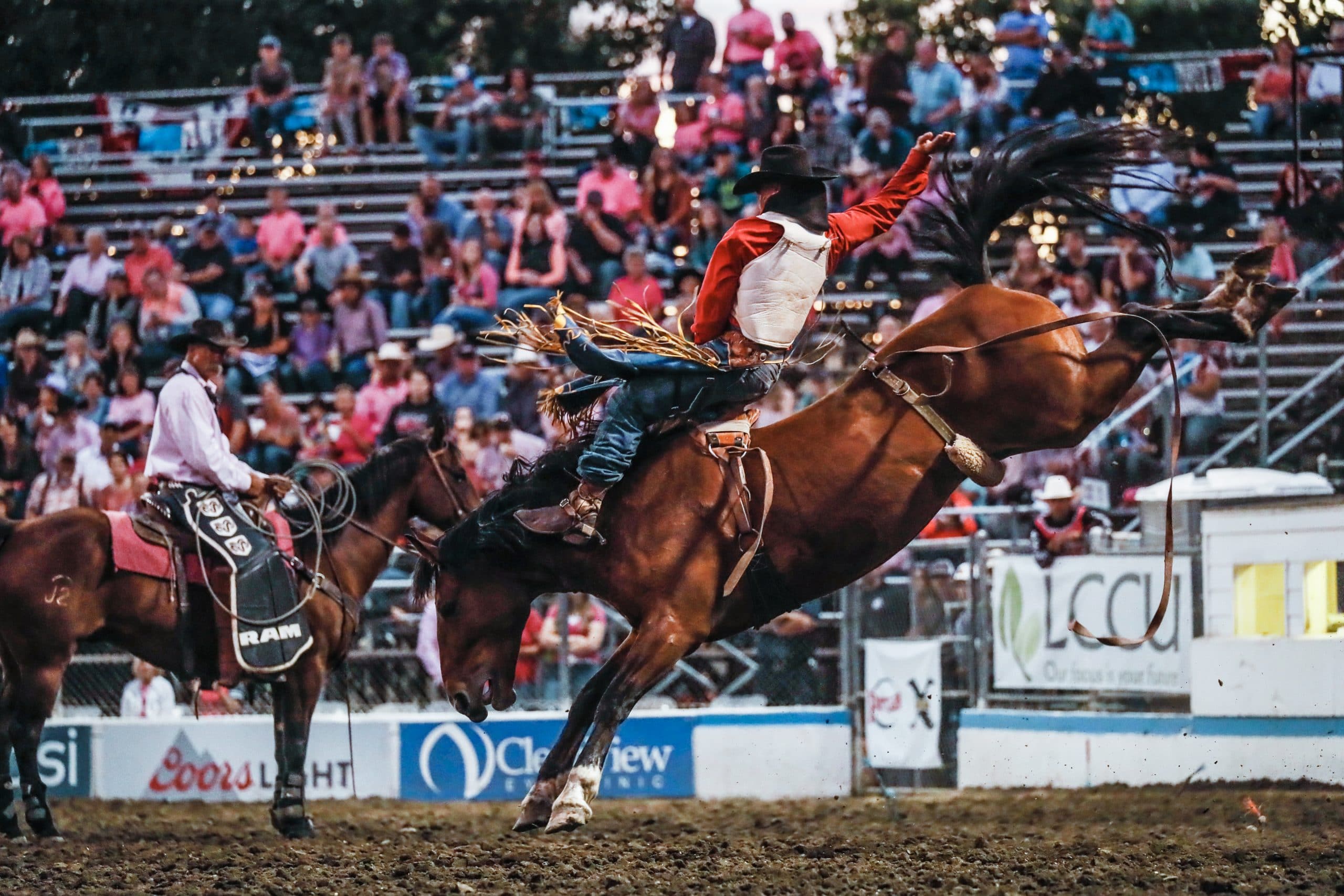 2019 Jamie Howlett on Pick Up Sticks

About: After 30 years in the rodeo business, Sankey Pro Rodeo is exploring new horizons, yet again.

Springboarding off his years as a rodeo contestant at the highest level of the sport, Ike Sankey combined what he had learned about rodeo as a business with his livestock skills and work ethic to create his vision of a rodeo company. Focusing not only on quality livestock but also event production and spectator experience. Sankey Rodeo Company flourished.

Over the years the company has been blessed with 4 Saddle Bronc of the Year PRCA awards, 12 PRCA Stock Contractor of the Year nominations, and numerous PRCA and Montana Circuit awards. Additionally, Sankey Rodeo Company livestock is featured annually at the Wrangler National Finals Rodeo and have been featured on ESPN, USA Today, Western Horseman, and CMT.

Over $225,000 is won on Sankey Rodeo Company livestock annually. In 2018 Sankey Pro Rodeo was awarded the prestigious "Remuda Award", recognizing them as the predominant herd of bucking horses in the PRCA.

A family affair from the start, in 2013 Ike and Roberta welcomed son, Wade, and daughter, Ryan, in as full partners and, in 2018 Sankey Rodeo Company joined forces with renowned bull producers, Phenom Genetics.

Phenom Genetics was founded by Matt Scharping in 2007, but his isn’t your typical bull business story. Matt grew up on a small farm in Arlington Minnesota, with a focus was working and racing. After graduating Matt got involved with the mobile tool business, starting out as an employee of Mac Tools and eventually buying his own franchise of Cornwell Tools. 2005 saw Matt named the number 1 Cornwell dealer in the country and his being relocated to Allegan Michigan to start a new district for Cornwell.

While in Michigan Matt realized how much he missed farm life and livestock and decided to find a horse for his daughter, Lacey. While he was looking for a horse online he ran across a bucking bull website, and that started the quest to learn more. It soon became evident that raising bucking bulls could fulfill both his longing to raise his kids with livestock and his own competitive spirit. On a whim, he placed a bid on a Reindeer Dippin heifer and others soon followed. In the summer of 2008, he moved back to Minnesota and took over the family farm, which was anything but ready to handle rodeo cattle. He began to completely rebuild the fencing and working facilities to take care of the animals.

All the while, Matt was still selling tools, thinking the bull business was just going to be a fun hobby. Needless to say, things started growing. In the first calf crop off of the 5 heifers he started with, he got 2 bull calves, one of those bull calves is Hy Test, a 4 time PBR Finals bull, and a CBR World Champion Bucking Bull.

As Hy Test started to develop and make money, Matt wanted to donate the money the bull business was making to charity, since the tool business was taking care of his family, he felt it was the right thing to do. In the search for a charity he ran across Jared Allen’s "Homes for Wounded Warriors", a charity Jared Allen, the former Minnesota Viking, started. Matt got a hold of Jared and started raising money for the charity through the bull business. This grew into a friendship with Jared and eventually into a partnership that was Jared Allen’s Pro Bull Team.

In 2013, Matt took the leap of faith and sold his tool business, raising and hauling bulls full time. At the beginning of 2014, Jared and Matt bought a young brindle bull prospect from the Page’s, 43X Magic Train. About a month later they had the opportunity to purchase a crazy spotted 5-year-old bull that they took a chance on; 927 Air Time. This was the start of something special. Over the next few years, Air Time and Magic Train headlined a trailer full of great bulls on the PBR tour. In January of 2018, Matt bought Jared out, and now everything is under the Phenom Genetics brand.

The breeding program has continued to grow with about 65 females. They raise and train young bulls for bull competitions, and haul bulls to the PBR’s and PRCA events as well.

Matt credits all of his success to hard work and the help of Matt’s family: wife Kelly, and children Lacey, Kameron, Kolten, & Kiri, as well as his hired man, Cody Stinson, who is a huge part of the business.

Combining the legacy of Sankey Rodeo Company's outstanding bucking horses with Phenom Genetics' world-class bulls and a committed focus on fast-paced, exciting, family entertainment, Sankey Pro Rodeo is poised to expand the concept of what rodeo can be. 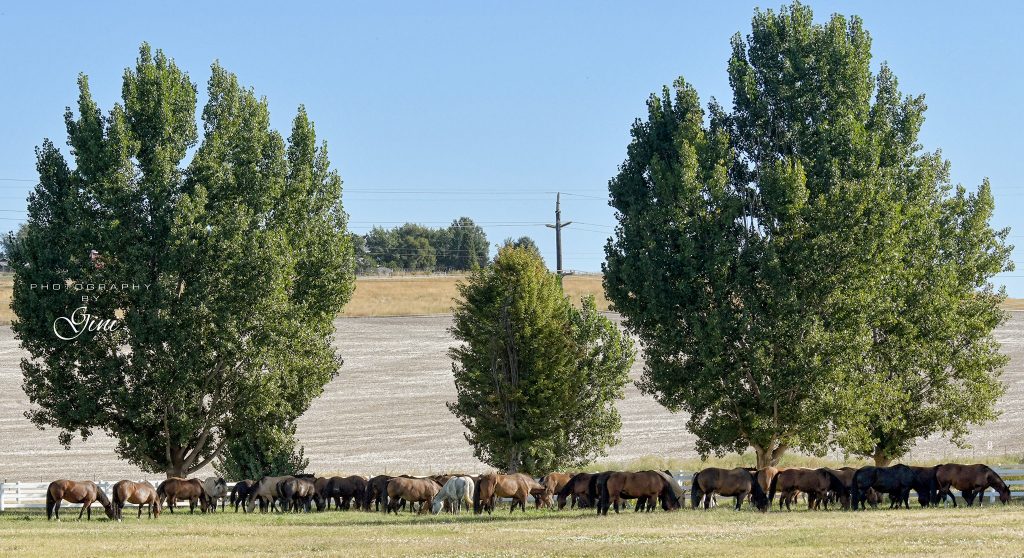